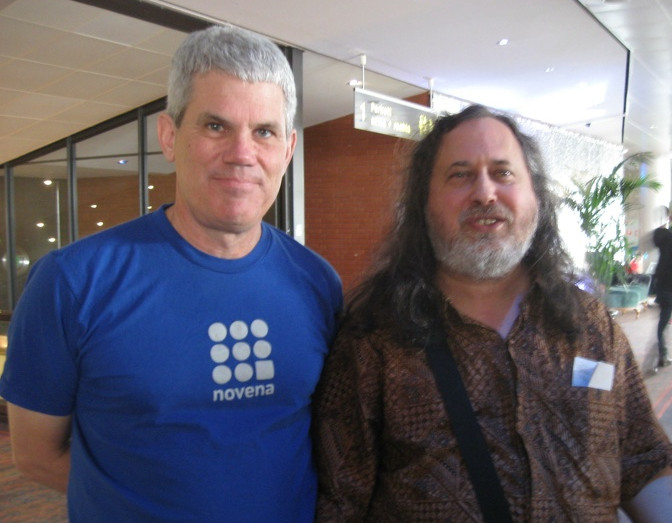 Richard M. Stallman objects to having his picture taken at the Chaos Communication Congress in Hamburg (2015).


[UPDATE 2021033001: Here is an essay making my point far better than I can: #Cancel We The Web? by Hannah Wolfman-Jones and Nadine Strossen.]

Richard M. Stallman, RMS, the founder of the Free Software Foundation (FSF), is in trouble again.

In 2019, when the name of the late AI pioneer Marvin Minsky turned up during the Jeffrey Epstein scandal, RMS condemned Epstein in a private MIT mailing list, but expressed doubt that Minsky had knowingly committed wrongdoing. He also questioned whether sexual assault was a useful term and advocated for more specific terms. After these comments were leaked, RMS resigned as FSF president, as a member of the board of directors, and from his faculty post at MIT.

Two years later, RMS is back in hot water after announcing his return to the FSF board. In the blink of an eye, competing open letters (pro- and con-Stallman) have garnered thousands of signatures, Reddit is aflame, and denunciations have flowed from free-software pillars including the Tor Project and the Mozilla Foundation. The Debian Project, which has always been especially close to the FSF, is debating the issue in its usual ponderous way. These non-profits are joined by Red Hat, a commercial Linux company that owes its existence to free software.

In short, the free-software world is split asunder and the FSF faces collapse.